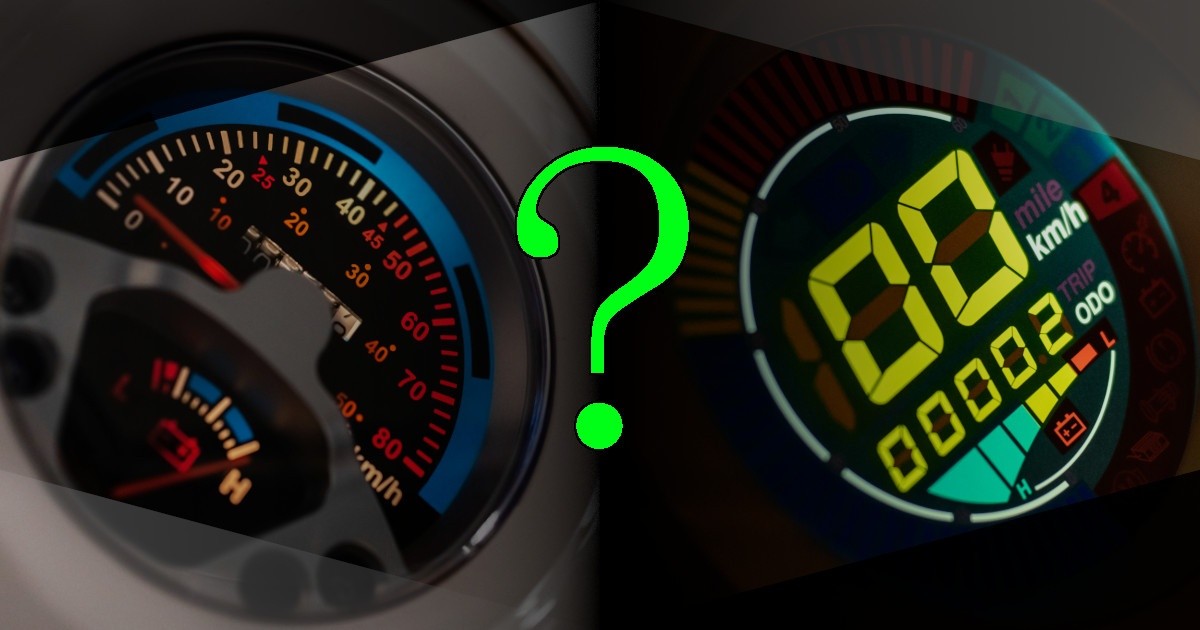 One of the vital differences is the display for a mobility scooter, which can be either LED or Analogue. Both of them have their strong and weak points. Which one is better though? Follow us on this comparison to learn how to look through the eye of an expert.

It is easy to see that this might seem like another ongoing conflict in which the ever progressing technology is involved. However, we believe this is a great time to talk about it, as it would definitely make it easier to decide on which scooter to buy.

Are the old analogue displays bad?

Old doesn’t mean useless or unwanted. On the contrary, analogue displays are still in their prime phase of popularity. They might date back a few decades, but this only means they had time to gain many improvements.

Obviously the strongest point of this kind of display would be its reliability. Even when broken down, analogue displays would be much cheaper to fix in any local workshop.

On the downside, the limited space means the numbers marking various information on a display for mobility scooters are smaller. For seniors whose eyesight might not be as good as it used to, this might be a bit more troublesome. Of course, that is not something a good pair of eyeglasses couldn’t fix.

Why might you want a LED display for a mobility scooter?

As many improvements as there were, there must have come a time when ever advancing technology would evolve the next big step. That evolution is a LED display. Compared to the old analogue one, it allows for easier communication between the driver and the rider. While in the old ones, the number representing maximum speed was marked by a pointer, this is not the case in LED displays. Here, the number changes, allowing it to show in big and easy to read letters. This has saved lots of space on a display for a mobility scooter, making it possible to communicate other vital information.

Of course LED displays would still make the battery consumption a bit bigger. This is definitely a good trade, considering the fact that a LED display is easier to read during nighttime.

2 thoughts on “Display for a mobility scooter – LED or Analogue”

Come back for me! Hello there. It seems the scooter you want is out of stock. Please leave us your email and desired quantity. Be the first to know about restock.
Shopping Cart
There are no products in the cart!
Continue Shopping